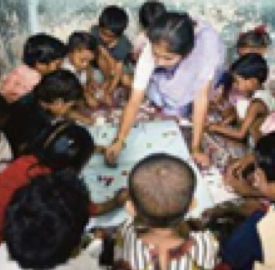 But the issue that keeps grabbing my attention as the priority to address in order to ensure respect for all other rights is the right to inclusive education. That is because inclusive education not only is the way to respect the right of students with disabilities to education but more than any other right it affects the next generation and prepares citizens who are used to living in a world of diversity and to providing the necessary supports to ensure that everyone can participate and belong.

Inclusive education is a means to break down barriers between people who might be seen as different and thus can help to build social cohesion and trust among people who traditionally have been separated. Former US President Bill Clinton said that there are two kinds of people in this world – those who seek what we have in common and those who seek to find our differences. He postulates that we need more of the former to secure lasting peace, and inclusive education is a powerful tool for helping students learn about the common human values inherent in diversity.

I first saw signs that inclusive education was taking hold in Canada while I was Executive Vice-President of CACL in the nineties. We had been trying to influence Ministries of Education across the country and I knew all the provincial Directors of Special Education. Then one day, I realized that I had stopped talking to them, and instead, most of my contact was with Ministry officials working on general education. 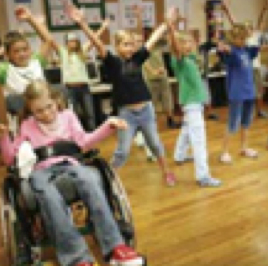 While we still had a long way to go then – and still do – to achieve full inclusion, it was a positive sign that the general education system was recognizing inclusion as a goal – both for meeting the needs of students with disabilities and also for providing quality education.

On the international scene, where I have been working for the past 20+ years, a similar pattern is emerging. In 1994 UNESCO convened the World Conference on Special Needs Education (where Gordon Porter represented Inclusion International) which produced the Salamanca Declaration and Framework for Action calling for inclusive education. However, for the most part, inclusive education has remained an objective of a small number of disability rights advocates and educators.

During the negotiation the United Convention on the Rights of Persons with Disabilities the article on education was one of the most contentious, with many governments and disability organizations fighting for the protection of special education and special schools as the way to guarantee the right of students with disabilities to education. The inclusion advocates were successful in having the Convention guarantee the right to “an inclusive education system at all levels”, but what that meant was very vague. However, since the Convention came into force in 2008 there has been a gradual evolution in thinking about its implications for inclusion, very consistent with the position of Inclusive Education Canada.

The United Nations committee responsible for interpreting the Convention is currently preparing its interpretation of inclusive education, called a General Comment. Once it is approved, likely later this year, it will be the legal interpretation which all countries that have ratified the Convention, including Canada, must meet. While not a perfect document, the draft goes a long way in directing governments to become more inclusive. (For more information see Inclusion International)

As added ammunition in the fight for inclusion, the new Sustainable Development Goals adopted by the United Nations as the framework for development to 2030 have as the fourth goal “Ensure inclusive and quality education for all”. This means that in reporting on educational achievements all governments will need to monitor their progress on inclusion – a huge step forward from the current situation where most people with disabilities are invisible in education data.

As Inclusion International prepared its reaction to the draft General Comment we received valuable input from member organisations in all parts of the world. People in Rwanda, Nicaragua, Peru, the Middle East and elsewhere all came back with the same pleas for better support for inclusion. They all see inclusive education as a path to respecting human rights and promoting social inclusion. It could be one of the best instruments for peace in the future.

Diane Richler, C.M. is the immediate past chair of the International Disability Alliance and past president of Inclusion International. She has worked to link disability to broader issues of social policy, human rights, democratization, and strengthening of civil society. Richler has played a leadership role in Canadian and international strategies to promote inclusive education, close institutions, and develop social policies that promote the inclusion of persons with a disability and their families in all aspects of community life. As president of Inclusion International, she led an initiative to improve the capacity of multilateral, state, civil society, and economic sectors to develop more inclusive economies, societies, and governance institutions. The initiative works to “link local voices to global change” by bringing together people, organizations, and institutions committed to inclusion. Richler was director of the Roeher Institute and executive vice-president of the Canadian Association for Community Living. She is a Joseph P. Kennedy Jr. Foundation International Fellow. Diane Richler is a member of the Order of Canada.